I’m happy to announce that the Boston Metaphysical Society Kickstarter is over 200% funded and we made our last stretch goal! The campaign ends on March 3 at 11:00 a.m. (PST).

If you have already pledged, thank you very much. If you haven’t, please consider joining us in bringing this next project to life.

Not only do the reward tiers include the trade paperback of the entire series, but a BRAND NEW TEN PAGE SHORT STORY, called Hunter-Killer. And since we have already reached several stretch goals, there are amazing extras like twelve (yes, twelve) additional comics (pdf) from some very talented independent creators, like Bob Salley (Salvagers), Scott Wilke (The Legend of Everett Forge), and Christie Shinn (Sepulchre). Another stretch goal we reached includes this glorious print of Bell, Edison, Tesla, and Houdini from Pablo Peppino for those backers who have pledged $22 and above. 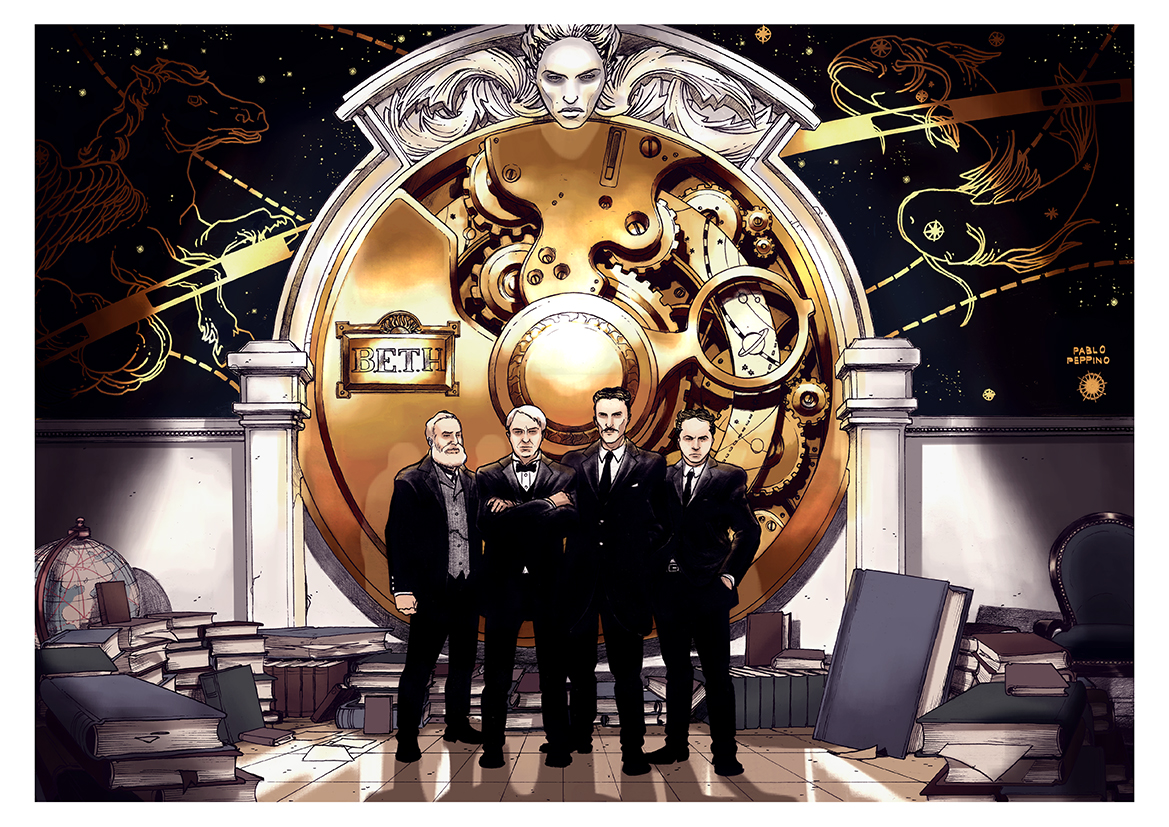 Once again, thank you for your support and if you can’t pledge, please consider posting, tweeting, and sharing this project.

Thank you so much for your consideration.