So far I have the Story Bible and the first two episodes written of the new Boston Metaphysical audio drama, The Ghost Ship. It is off to the editor and sound engineer for review. I hope to be looking at actors over the next month. Gwynn Tavares will be doing the cover art for the audio drama which will be on the CD version.  My plan is to run a Kickstarter for this in January of 2021. I’m still hammering out the overall budget per episode, but it will be a total of eight episodes with an approximate running time of four+ hours.

I should be getting my novel, Boston Metaphysical Society: The House Wars (Book 1)  back from my editor this week which means I’ll be deep into rewriting for the next few weeks. This will be a trilogy based about 35 years prior to the original graphic novel and covers an alternate history version of the American Civil War.

I written the page breakdown of the next graphic novel and it looks like it’s going to be longer than Ghosts and Demons. That means more story for you! Right now, the working title for that is Boston Metaphysical Society: The Book of Demons and I’ve got Gwynn and Troy back on board which I am thrilled about. I hope to run a Kickstarter to print it in early Spring. 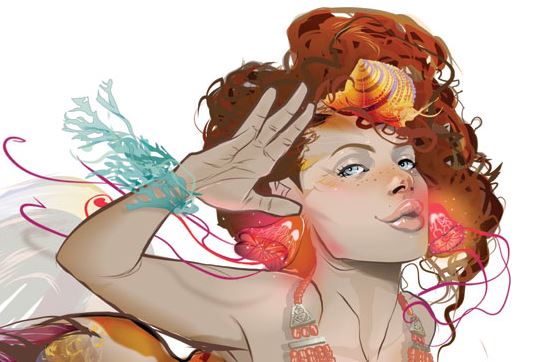 Afua Richardson is one of the most talented and genuinely nicest people I’ve ever met. I always try to stop by and say hello to her at a Con when we are both there. She is a hugger, so beware. 🙂  Her current projects include work for HBO’s Lovecraft Country and Black Panther World of Wakanda.  You can check out (and buy) her work here.