I’ve been keeping this under my hat for awhile, but I’ve been given permission to tell the world now.  I will be writing a story for Joe Benitiz’s, Lady Mechanika!  I am so thrilled and I can’t wait to share more later. It’ll be called, The Secret Garden, and I’ll be working with Joe and his fabulous editor M.M. Chen. It will be on Kickstarter sometime next year I believe, but I’m not sure of the schedule quite yet. However, I will let you know as dates firm up.

In the meantime, be sure to check out the latest Lady Mechanika story on Kickstarter right now! 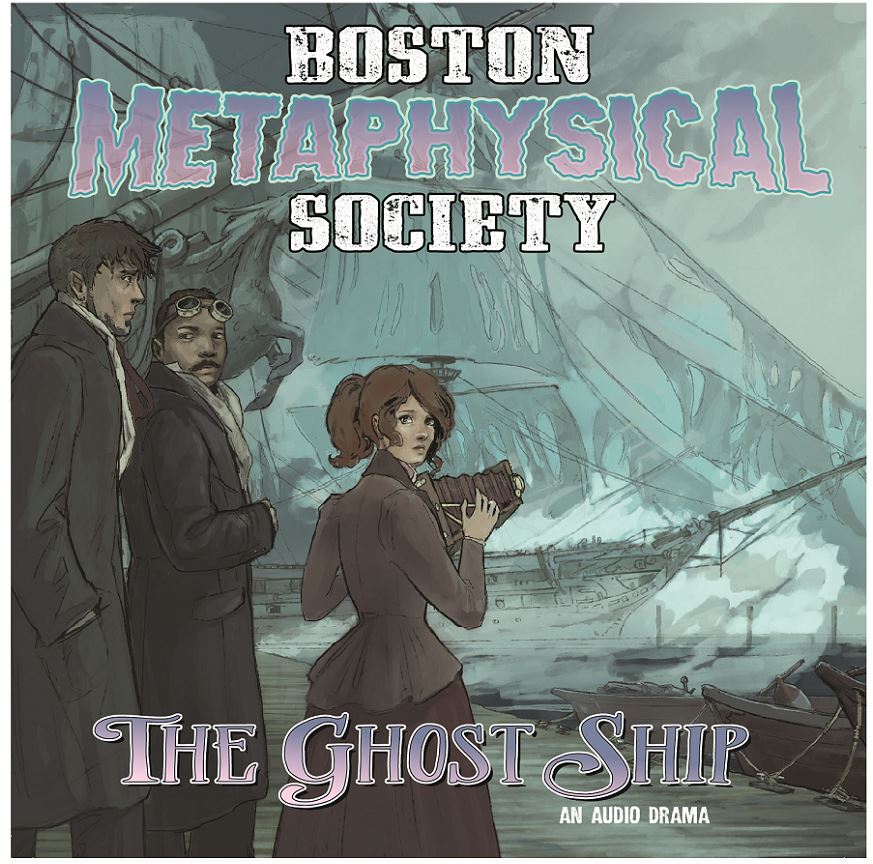 We are still on track for an October 20th launch date. Chip, our audio director, is in the process of laying out the voices and sound effects for the eight episodes.  This means we will probably have that done by the time we launch which just leaves the music!

Kudos to our fabulous actors who went above and beyond. 🙂

Sign Up to Be Notified When We Launch: https://mailchi.mp/ff80fecfd2c0/boston-metaphysical-society-the-ghost-ship-audio-drama

The Book of Demons Update

The book is now at the printers! Yah!  Right now the books are scheduled to ship to me around Oct. 25th, but the will try to get it to me sooner if possible.  I’ll have a better idea next month as we get closer.

New Cover for the Trade Paperback

In more exciting news, the Boston Metaphysical Society trade paperback of the original six issue mini-series has a new cover by the amazing Roberta Ingranata. And you can pre-order it now from Source Point Press or your local comic book store! (Order#OCT211749). https://previewsworld.com/Catalog/OCT211749